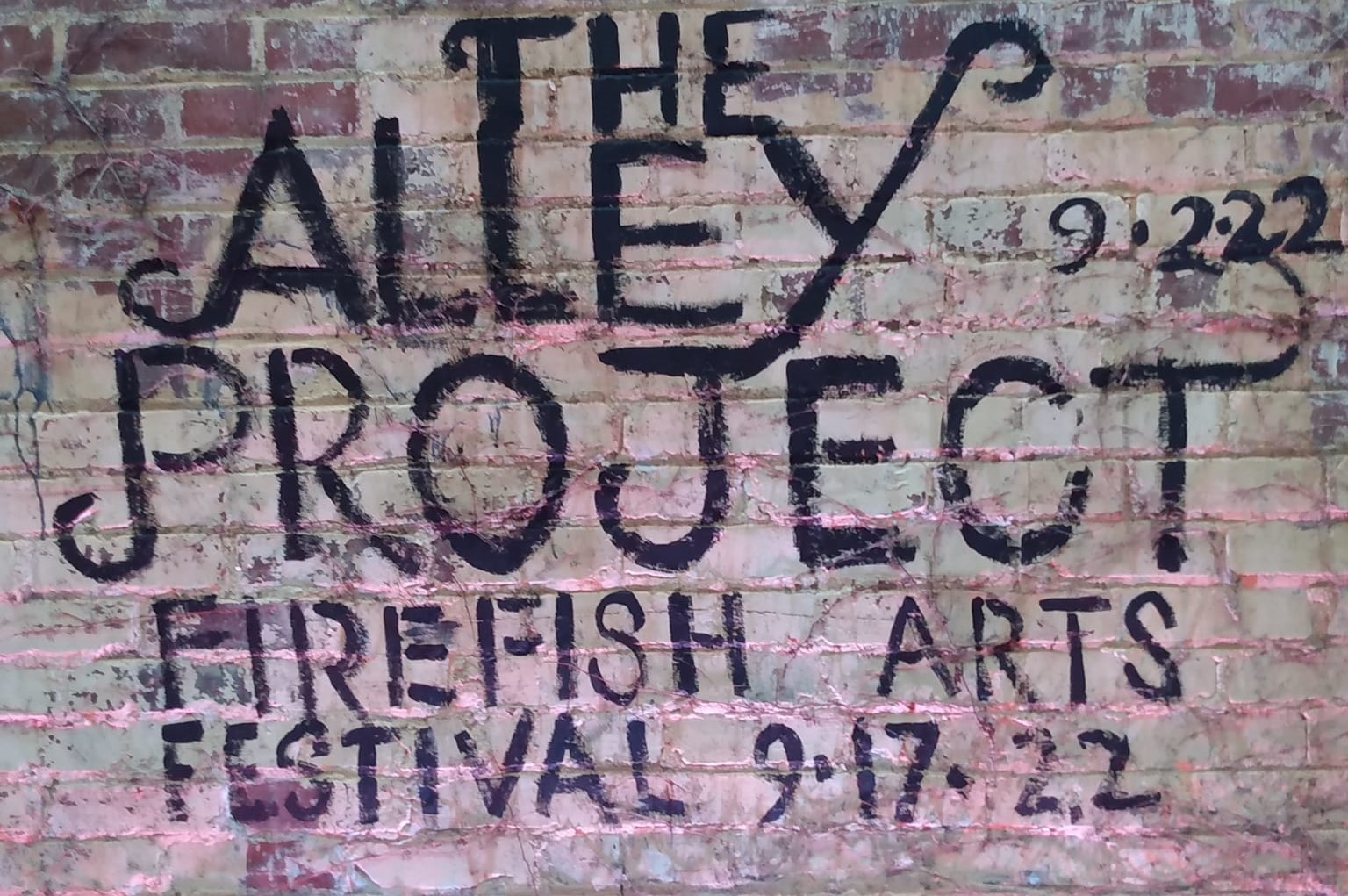 The Alley Project held on Friday, September 2nd in downtown Lorain by Speak of the Devil, featured video projections by Hiatt Hernon and Ross Bochnek, fire performances by Ohio Burn Unit, and art installations that are temporarily placed in the alley, including the “Broadway in Bloom” mural by Ryan Craycraft, art by Jeff Pye and Start with Art, garden pots by Black River Farmstead’s Joshua Biber and Brytny McCall and other FireFish artists and from the FireFish art collection.

The event kicked off with music by Jason Kaminski, an artist based in Ohio. A local of Elyria, Ohio Jason has long been a prominent driving force behind Lorain County’s local music scene. Kaminski and his band will be followed by a video projection of “Erie Days” – a temporal gallery projection by Hiatt Hernon. Inspired by the cinematic curiosity of the 1920’s ‘city symphony’ short films, Erie Days is an attempt to capture the spirit of experimentation of early cameras.

According to FireFish Arts Executive Director Joan Perch “our focus is to: elevate local artists as paid professionals, bring art to underserved youth, and to drive the growth of our downtown Lorain through arts based creative placemaking.”

Want to read more? Check out this article from the Morning Journal.