Explore the FireFish Festival and downtown Lorain over four weekends!

This year, the 2021 FireFish Festival: A Festival Re-Imagined, will feature themed FireFish Arts programming over four weekends – and on Saturday, September 18th,  the iconic FireFish Festival Finale and “Burning of the Fish” returns.

This extended approach allows for more opportunities for visitors to experience both FireFish Festival programming — and the exciting new downtown Lorain that has developed since the early FireFish Festivals.

Keeping in mind the uncertainty of the COVID 19 pandemic, the majority of the programming spanning the four weekends is offered outdoors.  All programming will follow CDC COVID 19 response guidelines,  including the wearing of masks for indoor programming. 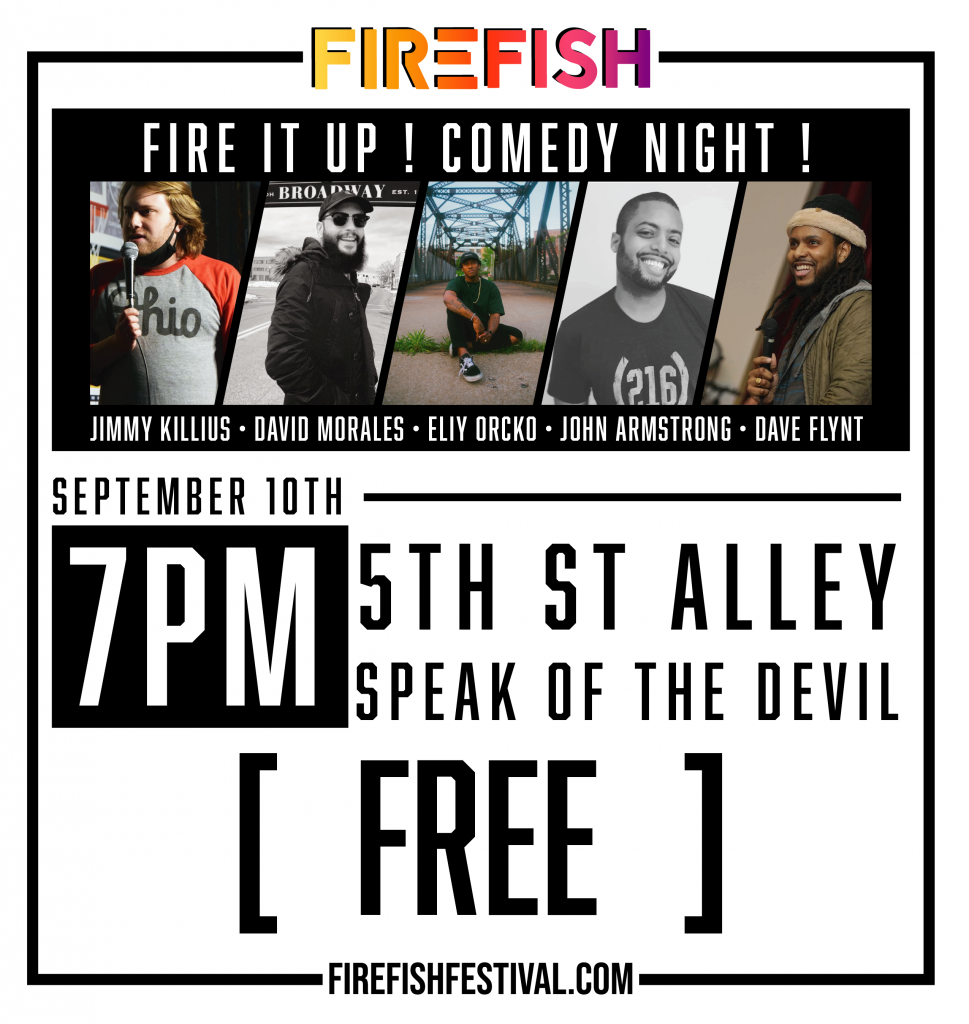 Musical performance by Eliy Orcko a black American lyricist, songwriter, and entertainer. Orcko’s music is influenced by blues and jazz while using hip-hop for songwriting and he brings a raw energy to every show.

David Morales was born in Lorain, has been in the Cleveland comedy scene for five years. In 2019 he was voted fourth “Best Male Comic in Cleveland” via Cleveland Scene Magazine Best Of. Performing all over Northeast Ohio, David has established himself producing shows in Downtown Lorain, Ohio. David’s comedy show has been everywhere from Chicago, Pittsburgh, Columbus, Charlotte, and event LA.

John Armstrong is a comedian from Cleveland and has been in the comedy scene for five years. John’s observational humor touches on family, relationships, and the world.

Miki Janosi is a northeast Ohio comic that started in 2017. After winning the “Funny Stop Amateur Contest”, Miki became a regular act at Hilarities on E 4th street. Miki has also performed all over the country in Chicago, Phoenix, Wilmington, Nashville, and New York. 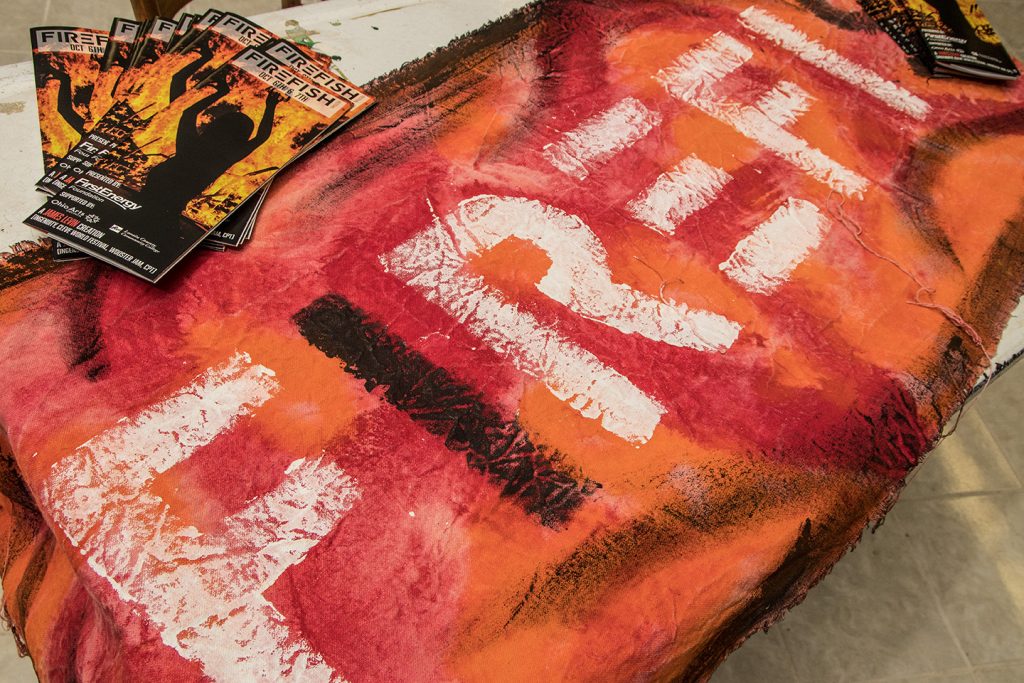 FireFish 2021 – A Festival Re-Imagined continues Saturday, September 11th, in downtown Lorain. Come with us on a guided tour or explore on your own with our “Arts in the City” map.

The guided tour will start at 2 pm at “The Bank” at 383 Broadway, where you can grab a drink and head out on your own. Learn about new art sites and public art in downtown Lorain and the artists and creative entrepreneurs changing the face of the city.

Stops on the tour include many of the murals popping up in downtown Lorain: the “Broadway in Bloom” FireFish mural designed by Ryan Craycraft, the “Welcome to Lorain mural by Mike Sekletar in the Speak of the Devil Alley, the “Juice Me” mural inside the Juice Me Bar by Laurel Herbold, and the crazy quilt of murals at the rear of the Lorain Arts Council, where you can also stop inside to see the “Start w/Art” program art facilitated by Jeff Pye.    Stop by Dodie’s Dockside to view the art of Lila Rose Kole in Dodie’s Dockside, Broadway Mary’s to enjoy “Street Speaks with Spark Lounge or the Lorain Public Library for a coloring project.  Head north to the river to the FireFish burn site to watch the construction of the FireFish by artist Daniel McNamara, and just across the river, where you can watch the painting of the “Waterfront Blooms” mural by Carida Cira Diaz while you experience the pollinator and community garden by Joshua Biber. FireFish 2021 will culminate in a ritual processional and “Burning of the Fish,” on the west bank of the Black River across from Lorain City Hall, followed by an after-party featuring the Sammy DeLeon Band.  Additional performances, art installations, art vendors, and family-friendly activities will take place on the sidewalks and outdoor spaces throughout downtown Lorain and at the LCCC’s City Center campus.