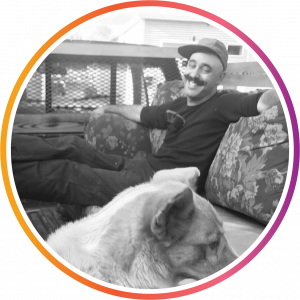 Daniel McNamara is a non-specialized cultural and creative worker who currently lives in Vermont.  He traveled the United States and world with the Bread and Puppet Theater from 2005-2010.  He received his Masters of Arts in Creative Process from National University of Ireland in 2017.  His cardboard Fish Sculpture, co-created with Lorain area youth, became the first BURNING OF THE FISH at Lorain FireFish Festival in 2015.  He went on to design and construct the fish for years 2, 4 and 5, and has directed the parade and burning pageant for multiple iterations of the festival.